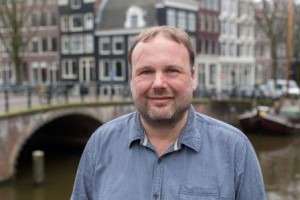 Hallo! I am Albert Both and many people also  know me as Mr. Dutch Brainwash. It might be useful for you to reveal something about my background, so here it is 🙂

It all started in 2003 with a bike, a laptop and some ideas. I had just quit my job and I was feeling excited about a new plan. I wanted to teach languages in a whole different way and I wanted to create my own language course!

Great new things can start with one powerful idea
What would you think?

But… here is a strange thing… at school there was one subject that I absolutely hated… It was Dutch….  Somehow I did not understand grammar. I thought it was too complex and I did not see the benefit of it… Anyhow, I went to the University of Amsterdam for European Studies. I even wrote a thesis in Spanish called Individualidad y Colectividad en Europa según las ideas de Salvador de Madariaga y Ortega y Gasset. Ouch! That was a lot a work… I did it and some other people seemed to like it, but academic science is too heavy for me…

What I liked about European Studies was that I had a lot of freedom. I could also learn French and I even went to Istanbul for a Turkish Course. It is fun to see to see all those surprised faces of people in Istanbul when you speak Turkish to them 🙂 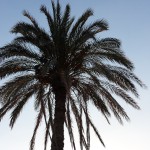 For me, learning how to speak a new language was always fun.. Just go to a Sunny country and do nice things 🙂

Still, there was one thing that I did not understand when I was studying languages at the university… People were studying like crazy, linguistic theories sounded very scientific and impressive, but… if you obeserve well enough it is easy to see that many people that study languages at the university, most of the time, hardly speak it… This is strange, don’t you think?

Here is another weird thing… I personally found that literature, poetry and linguistic science could only fascinate me for a couple of seconds. When it comes to languages, there is only one point that has my interest: interactions! Speaking, understanding, reading books that I like (which is always non fiction). So when I was studying at the university, for me there was too much crap. I felt it was not only boring, but most of the time, many things that you have to learn on an academic level stand in the way of fluency. 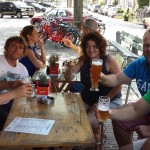 I love all those interactions with so many different people!

My favorite subject at the university was always conversation… somehow I was quite good at it. Other students were often surprised that for me it was so easy to talk, but here is the funny thing… sure, I made sure that I understood grammar and that I had some vocabulary. So for me, improving my speaking skills was simply a matter of going to some nice countries, speak another language and have a great time. For me, learning how to speak was a lot more fun then all those boring academic activities 🙂

In 2000 a great thing had happened in my personal life. José from Spain came from Amsterdam and we started to live together. José speaks fluent Dutch now, but he had to start from scratch. When I looked at the books of Dutch language courses, all of a sudden I realized how difficult and complex they are… When José started to learn Dutch, I was not teaching Dutch at that time. But… I started to develop my first ideas how to develop a language course. Sure, I explained José  many things and everytime one simple principle really stood out. It was easier to start with things that looked like Spanish or English. From there it was a lot easier to take him to higher levels… So here was my first idea: start with familiar things first and keep it simple. Certainly in the beginning! 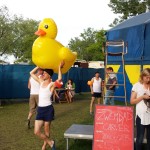 I have always felt that you learn a lot faster when you play!

When I started to teach in 2003 I strongly believed that lack of confidence was the main obstacle for speaking Dutch for most people. Therefore I completed many courses about NLP and coaching. I really enjoyed those courses because NLP and coaching have everything to do with language! Another benefit was that it helped to realize my own goals 🙂

So I started to develop my own language method more and more and I used many things that I was learning for many years. And.. another thing also happened… While having interactions with many people, again and again, I realized that somehow most people stumbled on the same blocks.  However, many  stumbling blocks had nothing to do with lack of confidence. Somehow, it was a lack of real understanding! 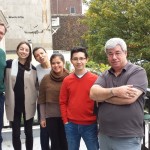 Here is another amazing discovery:
It does not matter if people have different levels… A positive group energy works like magic!

I used to believe for many years that if I only encouraged people to speak more Dutch, they would pick it up automatically. But… surprise surprise… this was not true… If I only let people speak Dutch, somehow they tended to stay on the same level…. But luckily while having many interactions with people again and again, I found many critical factors that make a radical difference.

I was quite delighted of course while making so many discoveries… The great thing was that it had nothing to do with learning hard or study… but… there was  one thing that I had to do over and over again… stretching the mind of my customers, so that they could see things differently and expand their expansion…

2009 was the year of another great adventure. I signed a contract  for my training location at de Keizersgracht in Amsterdam. It was a contract for 5 years and once again, and it only started with an idea. I thought it would be nice to work with groups. One tiny little detail… I did not have any group at that time! 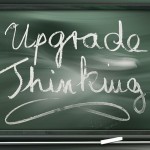 For me, ideas and new ways of thinking are always wonderful!  It’s a driving force that can create positive difference!

Yes… it took some work, but somehow I made it… I developed a unique intensive course that I decided to call the Dutch Brainwash. When I asked other people how they liked the name, many of them told me it sounded too scary. But… sometimes if you have a great idea, you just have to do it, no matter what other people say. don’t you think?

Now in 2016 I can only say that I have gained so much more experience again. I have been brainwashing people for at least 2000 hours and I have learned so many new things! What I love is that for me, it is easy to implement all the new ideas that I have, so somehow everytime I notice that my skills get better and better…

In this sense it is easy to say that the Dutch Brainwash is one of the most powerful programs ever created for speaking a new language! Here is another important thing that I discovered. I used to believe for a very long time that individual sessions were the most effective way of learning. Now I know that it is not true. I noticed time after time that a positive energy in a group greaty enhances your results. Somehow there is just a greater energy that pushes you forward…

Here is another strange thing that most people do not understand… It does not matter if people have different levels, as long as they are excited and eager about one thing: speak better Dutch! 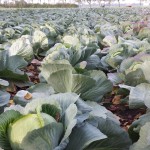 I am originally from Broek op Langedijk, a village with many cabbage fields… The colors are great don’t you think? Still… most tourists prefer to see tulips

What I love about  my work is that I have a lot of freedom and that can combine many other things that I like. I am a person that loves many different things and I have done many many other courses, such as stand up comedy, theater sport and copywriting.. Right now, I have also been a Toastmaster for 5 years, I go to a Dutch debating club and I go to a course for New Greek… So to keep a short story long, this is something about me…

By the way, if you like to find more about me, then feel free to see me on Facebook. Since October 2015 I have been posting something in Dutch every day. I find it a nice challenge to see if I can post something every day and hopefully it will put a smile on the faces of some people now and then! All right, this is it… Let’s hope that this story could satisfy some of your curiosity… If you have any further question, then please feel free to contact me! Also, if you like to know more about all the ideas that I developed about learning Dutch, download my FREE eBook or see me in live action in a FREE workshop! 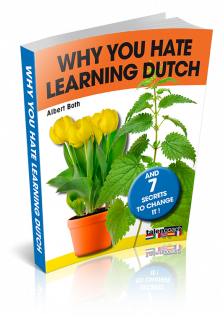